Letting Shakespeare Do the Work for You

One of my favorite things to say to actors new to the Unrehearsed Cue Script Technique (Historically Informed Practice) is that “Shakespeare does all the work for you.”  Trust the text, the words and the punctuation.  Don’t try to add subtext or backstory that’s not there.  It’s not necessary.  Unfortunately, it takes a true leap of faith for many actors to let go of their standard way of performing and trust the technique.  Shakespeare wrote during a time where actors barely rehearsed the plays.  They performed a different play every day - 6 days a week, added a new play every two weeks and had over 80 plays a year in their repertoire.  So, he and the other playwrights of the time wrote important stage directions and character clues right into the text, which actors of the day already knew how to use.  400 years later, this technique is still working.


Our Managing Director Andy Kirtland shares this story of when he played Antipholus of Ephesus in The Comedy of Errors for The New England Shakespeare Festival (NESF) several years ago: “I made the choice to be sad on the line 'I never saw my father in my life.' I thought it was good. But the less than gentle note I received was that 1) that isn't anywhere in the text, and 2) nobody cares. Even worse, I came to realize that it injects a note that is distracting to the general tone of the scene. Everything worked much better when I just said the line and the story continued on. It drove home that these techniques are not about me, the actor. They are about the story and the audience. Like so much in life it is not about you, and when the focus is on others, everything is so much better.”
It is difficult to believe that a group of actors who barely know each other will learn their parts on their own, will only receive their lines and the last few words of their cues, will not receive any blocking notes from the director, will not know who will be saying their cue lines or when, and the first time the entire show will be performed will be in front of the audience.  Then, magically, that first show happens and everything falls into place!  I confess that I was incredibly scared before my very first Unrehearsed show.  I was Bianca in Taming of the Shrew for NESF years ago, and during that very first scene that I watched from the wings – I saw it happen: a group of incredibly talented actors who received the best technique training from NESF’s founder & producing artistic director Demitra Papadinis brought this comedy to life without any rehearsal…and it worked beautifully!  It just took trusting the technique and our fellow actors.
Sometimes during text sessions, certain actors will ask me questions about subtext or the magic ‘if’ or how their character feels about so-and-so.  These are modern technique questions that have nothing to do with Shakespeare.  In fact, they were invented centuries after Shakespeare wrote his plays.  And don’t even get me started on Freud and the Bard.  I try to bring the actors back to what their character actually says and use the word choices that the playwright gives them to their advantage.  Don’t worry about what your character had for breakfast or if they were bottle-fed.  Concentrate on what’s happening now in the play and don’t anticipate what’s going to happen in a few scenes, which are basic acting notes that we all still get today.  Learn the technique, trust it, use it to the best of your ability and don’t over think it.  After all, Shakespeare has already done all the work for you.
-Elizabeth Ruelas, Artistic Director of The New Renaissance Theatre Company (which produces The Unrehearsed Shakespeare Project) 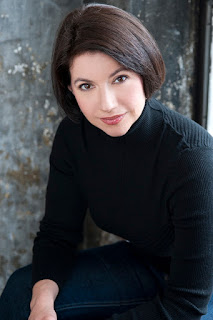 Posted by Unrehearsed Shakespeare Project at 9:27 AM No comments: