Secrets from an Unrehearsed Stage Manager

I have been a stage manager for several different things, including shows, musicals, conferences, dance shows, ballets, and yet nothing can compare to the excitement of working backstage of an unrehearsed show.  Between being outdoors, no rehearsals of lines,  and so many elements like dogs in the audience, an unrehearsed production is never boring and always the best.

This season I am beyond excited to work on Taming of the Shrew and MacB.  Each production we do provides its own set of complications. As a stage manager, I love being able to solve problems and work out solutions!  One of a Stage Manager’s largest fears is having something happen that is beyond their control, I know because it is a big fear of mine. During an unrehearsed production as soon as the whistle blows, the game is on and anything can happen.

Last summer during our final production of Romeo and Juliet the weather decided to take part in our show.  Minutes before we were ready to go, after fight call and dance call and our stage walk thru, the heavens let loose.  I am not talking about a little bit of water, I am talking about a monsoon that came upon us, I think the gods thought we were doing The Tempest.  So we had to pick up our actors tent, our backstage tent, and all props and costumes to move under the giant yellow tent provided by the park.  When I say pick up the tent that is exactly what we did. Our wonderful tent crew took a corner of the tents and carried them under the large tent. While they were moving the tents the costume crew was trying to safely and dryly move the costumes under cover and the props crew was trying to safely move all props and armory under cover. While this was going on, the audience was trying to stay dry under the same tent. Once we were able to get everything moved under cover we had to begin sorting it all and resetting everything for pre-show.  Like we say during our curtain speech, during Shakespeare’s time there was no such thing as electricity or spot lights or house lighting, this is why we have our shows in the middle of the afternoon or the early evenings during the summer. This day however, the monsoon brought with it dark ominous clouds that covered the light.

So lets recap – We had gallons of water coming from the sky, winds whipping, thunder and lightening, props to be saved, costumes to be saved, 2 tents to be moved, darkness taking over the sky, a full house, and the show must go on.  Our cast was made up of incredibly hard workers who all joined to get everything reset and in its correct place.  So the cast began to get redressed into their first costumes and recheck all their props, and one of them comes up to me “My costume has a large tear on it, can you help?”  Without skipping a beat I grab my emergency sewing kit from my stage managers kit and began to sew the tear. This is when I realized just how dark it had become, so I grabbed our emergency lanterns and hung one up back stage and then had my cellphone light set up so it was shining on my hands and the tear.  While this is going on, the wind began to pick up again. I don’t know how familiar those of you reading this might be with portable clothing racks but they are far from sturdy especially when about 25 costumes are hung up and it is windy.  The racks began to blow over, in the mud, with all our beautiful costumes hung up, and I had a needle and thread in my hands.  Our costume crew did their best to catch the costumes (we only ended up with a few casualties) our props crew was trying to catch our paper props from blowing all around and our tent crew was trying to stake the tents into the ground. It was mad chaos all around.  Backstage was like a beehive, everyone with a job, everyone rushing around, and everyone helping out.

After everything was set and we were ready to go, we realized that we needed to do another fight call in our new playing space, after the move we were a lot closer to the audience then before. So the audience was able to watch how smooth of a machine we really were.  A few things posed a problem at this point, one happened to be that the rain was so very loud that the actors had to shout to be heard. Projecting became an art form. We tried to hold off as long as we could in the hopes of being able to hear!  After what seemed like 45 minutes or so we only ended up starting the show 15 minutes late.  Only 15 minutes late, with everything that happened. It was incredible to see how wonderful our company worked to accomplish moving a mountain!

Each season and each tour I have been beyond blessed to work with amazing and talented people.  Between our wonderful production staff and our beyond talented actors, I have learned so much and I have been a part of incredible performances.  After working as a stage manager on an unrehearsed production, every other show is a piece of cake.  Having rehearsals for the entire show, tech rehearsals, inside facilities, technology, lack of bugs, a “normal” production of any show is just not as exciting!  I still love being a stage manager in every description of the word, but after falling in love working with this unrehearsed technique I will never love a stage show as much as I love working with the Unrehearsed Shakespeare Project. 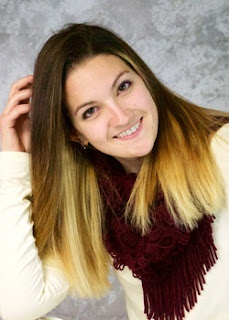 Posted by Unrehearsed Shakespeare Project at 1:30 PM No comments: