The Beginning: Abandoning the “Actor” – Guest Post by Alisa Cullison

I think many people familiar with the theater would agree that the theater is a beast of its own kind. It is loving, it is aggressive, it is kind, it is challenging, it says yes, it says no, it holds you close, it squashes you, it lifts you up, it pulls and pushes and tugs and stomps and hugs and encourages and tickles you in ways you have never felt before. Theater is alive and breathing. It is not for the faint-hearted. If you are an Actor, you may get eaten by the theater. And if you manage to wash your Actor Hands of the theater, your hands will inevitably ache to get dirty again.


In college, I studied how to be an Actor: classes, workshops, long nights and short rehearsal processes. Method and anti-method methods. Types and being the wrong type. I became well-acquainted with my Actor Anxiety and started wondering if that’s the fuel that Real Actors use to get jobs and make a name for themselves. Moving to New York to pound pavement didn’t sound inspiring; it sounded awful. “This can’t be what it means to be an Actor! It simply can’t!” I thought. Something wasn’t quite right.


And so I took a few years’ hiatus from the stage to go to grad school to get a Master of Education. (I remained active on the edges of the theater world by teaching kids’ acting classes and performing improv comedy. It was like washing my hands of the theater, but not using soap!) This spring, after a peculiarly refreshing semester teaching Shakespeare to young people, something mysteriously changed in me and I felt it was the time to be an Actor again. It was time to begin again, to begin in the middle, to get dirt under my fingernails.


A dear friend and colleague of mine, Tonya Lynn, told me about the Unrehearsed Shakespeare Project. She had performed with USP several times and spoke so highly of the project, the people involved, and of how much fun it was. My Actor Interest was piqued.


At my audition for USP, I read a scene from A Midsummer Night’s Dream and chased Adam Rutledge around a gymnasium, using my Actor Legs to jump over a table for added effect. Fun stuff! At the weekend-long cue-script technique workshop, I took notes and devoured as much of the technique as my hungry Actor Mind could stomach. Inspiring! At my one-on-one text session with our director, Elizabeth Ruelas, I examined the lines my characters speak with my Actor Eyes and used my Actor Fine Motor Skills to take notes in the margins. Scholarly! “I’ve still got it!” I thought. “Everything in my Actor Toolbox is still working! No rust here!”


But is that really it? Is that really what I’ve been feeling: the rust being shaken off the tried and tested Actor Tools?


Over the last few weeks, as I’ve worked on building my cue-script scroll and creating a costume plot to track my quick changes, I’ve found myself reflecting upon the previous version of my Actor Self, the version whose batteries were charged by anxiety and competition and whose actions consisted mainly of blindly grappling in the dark for false inspiration and lofty standards. I realized: None of that old Actor Self is actually present in this project. Every person who I have met in USP is not an Actor. They act, yes, but they also collaborate, and create, and imagine, and try, and fail, and work, and play. (Some of them even live and work in New York!) They have no fear, and they are free -- freer than I thought possible in the theater.


I think the thing that changed in me during my hiatus from being an Actor was the lens through which I viewed theater. I used to view theater in the way it had been described to me so often during my training: a beast lurking in the dark corner waiting for an Actor to try to dance with it as it reveled in the atmospheric tension that came from not knowing if the Actor is fearful or fearless. However, over the last few years of not being an Actor, but rather a teacher, I have observed how young people interact with that beast in the corner. They don’t fear how the beast will react to them being in the same room. Instead, they march right up to the beast, plant their feet, and start pulling its fur. They make theater whatever they want it to be; they explore theater not as Actors, but as artists. They turn the beast into clay and mold it, shape it, manipulate and own it as something unique and fun. Kids have fun with theater, because they don’t know or care otherwise.


When describing the Unrehearsed Shakespeare Project to colleagues or friends, their faces would turn a grayish shade and exclaim how terrifying this project sounds. Politely, I would casually agree with their sentiment, but truthfully I never felt that fear. In fact, I have been embracing and even welcoming the challenge.


And so now, at the beginning of this project, I have abandoned my Actor Self because she is not needed here. Now I am not a Thing to be defined, because that’s limiting. I prefer to be a theater artist -- lowercase, unassuming, malleable, artist. 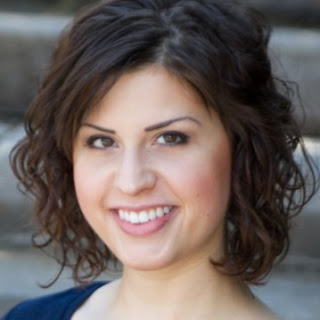 Posted by Unrehearsed Shakespeare Project at 8:02 AM No comments: