When I was first exposed to Shakespeare, I was not a fan. To me it felt too far beyond me to grasp or fully appreciate and I was instantly bored. Perhaps I was young and dumb but something about reading through “Midsummer” in high school left me confused and uninterested. As someone who had aspirations to be an actor, this was unsettling. Weren't all decent actors supposed to inherently understand and love the Bard?

It wasn't until I had the chance to get up on my feet and perform it out loud that I started to love it. Suddenly the whole thing began to make sense to me and it was fun. Something about seeing real, live people embodying these words and working through the story made something click. Shakespeare became a vastly important tool for me to understand both the mechanics of a play and also what my role as an actor was at any time on stage. I started to see how the author had crafted this work to have clues for performers within the text explaining how to play a character, how to be positioned onstage, and even how to set a pace and mood.

In college I had many opportunities to stretch my muscles and explore my relationship with these works. One defining moment was participating in a workshop held by the Unrehearsed Shakespeare Project on Cue Script Technique. We learned about rules within the technique to establish character, motivation, stage movement, among other things. This was a big eye opener to me as to what was actually possible within the performance of Shakespearean texts. I feel personally that artists can be most creative when they have a set of parameters that they have to work within. It forces us to think outside the box and work harder, which I feel always yields the best results.

After school, I moved to Pittsburgh and began to dip my toes into the theatre scene. Before long I was fortunate to be cast in a production of Much Ado About Nothing and the following year in A Midsummer Night's Dream and Romeo and Juliet. These summer productions are very grueling and difficult but always extremely rewarding both for us and our audiences. Working with the Unrehearsed Cue Script Technique is very demanding, I like to think about it as exercising for the acting muscle. It requires constant focus, quick thinking and a ton of energy. They also give performers more freedom with the loose style and ability to play different roles for each show. However the hard work pays off time and time again when each audience receives an entirely unique and direct experience allowing them to feel included. I feel the real power behind this technique is that it shakes up people's expectations of Shakespeare and allows them to hear these historical works with fresh ears.

When the performers are so in the moment it allows the audience to be more present and work with the actors to find the meaning of what is going on. The audience becomes another character, participating and living the story, and in doing so allows them to feel more connected, both to the story and the entire production, which should be the goal regardless. Theatre is about community and sometimes in our present culture, that idea can be lost amongst the glitz and glamour.

I am more than excited to be starting a new chapter with this great company. While working with this company, I have learned so much and made many good friends. I now want to use what I have learned to grow in my personal discovery of what my role in this business is and also to see what I can do going forward. I'm also very eager to inspire the love of Shakespeare and theatre in others just as I was inspired. 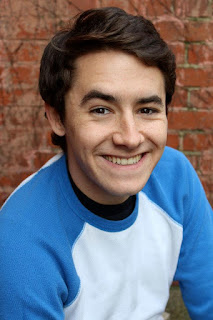 Posted by Unrehearsed Shakespeare Project at 10:44 AM No comments: